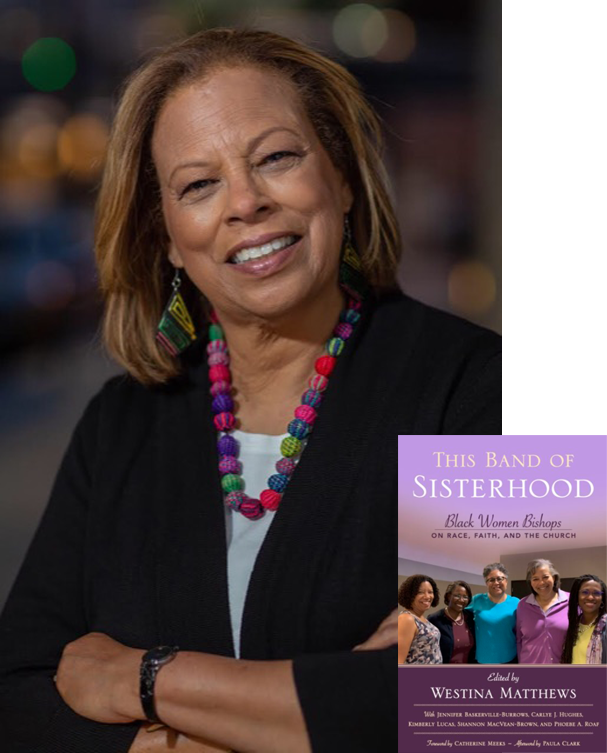 For over 35 years, Westina Matthews has turned her passion and creativity into realities for so many in the community at large. In 2009, Westina retired from Merrill Lynch with the title of managing director which reflected her progressive responsibilities, including philanthropy, global diversity, community development and business development. Upon her retirement, she was a Fellow at the Weatherhead Center for International Affairs at Harvard University where she researched women and girls in Burundi in east-central Africa. She then joined the Jackie Robinson Foundation for four years as vice president, chief program officer.

Westina has contributed to several Forward Movement anthologies, including A Year of Daily Meditations (2011, 2014, 2015, 2016) and Wisdom Found: Stories of Women Transfigured by Faith (2011). She also was a frequent contributor to Sacred Journey:The Journal of Fellowship in Faith. She is the author of three books in the Have A Little Faith Series (2003, 2004, 2005) and Dancing from the Inside Out: Grace-filled Reflections on Growing Older (2019). Her newest book is This Band of Sisterhood: Black Women Bishops on Race, Faith, and the Church (2021).

A graduate of the spiritual guidance program at the Shalem Institute for Spiritual Formation, for the past ten years, Westina has been an adjunct professor at General Theological Seminary in the Center for Christian Spirituality where she teaches contemplative spiritual direction.

Westina leads several different types of workshops, adult forums, and retreats. She also is a lecturer and lay preacher.